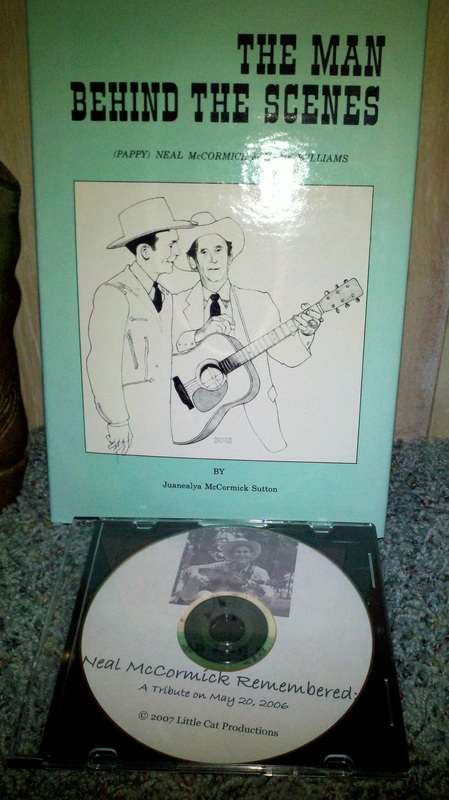 Before 30A -- Songwriters “Pappy” Neal McCormick and Hank Williams entertained Walton County. I remember my Dad, Coach Mac Anderson, pictured at his Eastern Lake beach house built from Alaqua lumber, talking about them. I believe he heard them at Wesley House at Eden Gardens Florida State Park (now) in Point Washington.  In fact, Neal McCormick’s grandson bought Florida Governor Catt’s house in DeFuniak Springs, which was next to Anderson’s family home on Live Oak in DeFuniak Springs.

The guitar Neal liked to play was also used by both Hank Williams and Elvis Presley. Neal’s early band was named “The Hawaiian Troubadors” to hide his Creek heritage in those early performing days. In the late 1930s and early 1940s, Neal built his Barn Dance Building in Panama City, Florida or Springfield. He invented an electric guitar. There is a picture of Catt’s house on page 157 of book by Neal’s daughter Juanealya McCormick Sutton. There is a great link with Hank Williams talking about Neal McCormick and he specifically refers to DeFuniak Springs, Florida. Copies of the book “The Man Behind the Scenes” used to be available at the Walton County Heritage Museum. Check it out, great story and lots of pictures. Chapter VI is devoted to the Neal and Hank Williams, Sr. story. “This chapter is devoted to the story of Neal and Hank Williams, Sr., named Hiriam Williams at the time Neal first met him. … (Neal) was broadcasting in Pensacola in the W.C.O.A. studio when Hank brought his group to the San Carlos Hotel where the studio was located on the top floor and introduced himself to Neal.” … p.60 “So, with his mother’s full blessing, Hank became a member of Neal’s Hawaiian Troubadours.” Hank Williams was 16 or 17 at the time.

There was great music in Walton County before 30A, just as the beaches and history existed before 30A.